Smack bang in the middle of an area dominated by Muslim culture you would not expect to find the partying hard, eating like it has worms, smoking like a chimney, never sleeping, always drinking city of Beirut. I have spent 4 days here now. A typical day consists of walking until you get lost in this unique combination of wealth and poverty, having a delicious falafel sandwich ($2) and even more delicious chicken sherwarma ($3), walking down to Beirut Marina and enjoying the view (some seriously expensive watercraft here, most likely owned by minted Saudi’s), having a tea with mint (and 2-3 heaped teaspoons of sugar), going bullet hole spotting, eating a delicious dinner in Gemmayze on the main sprit, people watching as you spend 1.5hrs eating and drinking and end the night in a pub (or 5) before you head back to the hotel while trying not to get run over by locals thrashing their Porsches’ and Ferraris’.

The mixture of Muslim and Christian religions means the best of both worlds; the culture and food of Muslims, and the nightlife of the western world. Beirut has a pumping nightlife with prices to suit all budgets. A cheaper pub will sell a beer for $4 where as some of poshier places will charge anything up to $20. You can also buy a 500mL beer from the local shops for less than $1, you can even buy beer that’s 14% for ‘a night to remember’. Stick with the 12% Weismann, it tastes better.

I’ve heard enough stories saying that all the minted Saudi’s come here to escape their Muslim life (including their wives) to go live it up; there are clubs here with cover charges close to my weekly wage. It’s crazy some of the cars you see around here, plently of American muscle, blinged up pickups and giant SUVs. Half the people drive a Mercedes or Porsche, I’ve seen dozens of Ferraris and Lamborghinis, it’s just crazy when you see this mixed with the poverty also present in the city. You can’t walk more than 500m without seeing another sky scrapper going up.

Last night myself, a Californian, an Irish and retired Kiwi doctor behaved like a high schoolers. The plan was to go to B018 (pronounced B-O-18) which was apparently voted the 5th best night club in the world as it was underground in a nuclear bunker where the roof opens up so you are inside but under the stars, pretty cool eh? Unfortunately we weren’t sure how much this experience was going to cost us as we had mixed reports of cover charge(anything from free to $45)and table charge (min $120). Turns out it was $20 cover (includes 1 drink) and you didn’t need a table (we went on a Saturday night, no event night). We started the night at in the alley outside the hotel (after being kicked out for making too much noise), music blaring, smashing 12% beers ($1.50). We got a cab at about midnight to B018 (apparently the club is empty until 1am and packed by 3am, which was the case) and off we went. Danced our little hearts away and tried our best to pick up a local Lebo bird haha. Left the club at around 6am and stumbled home (might have been a wreck at this stage). Cheers to the 2 locals who gave me a lift back to the hotel. No more disco-disco after this one, massive 12 hour vodka redbull hangover. I’d have to say the club was overall good, was expecting it to be bigger, the novelty of dancing indoors but still under the stars (even though it was cloudy) was definitely an experience not to be missed, but 5th best in the world; I’ll see after I’ve travelled Europe.

I’ve got 7 days to explore Lebanon before I grab a flight to Kurdish Iraq, should be interesting… 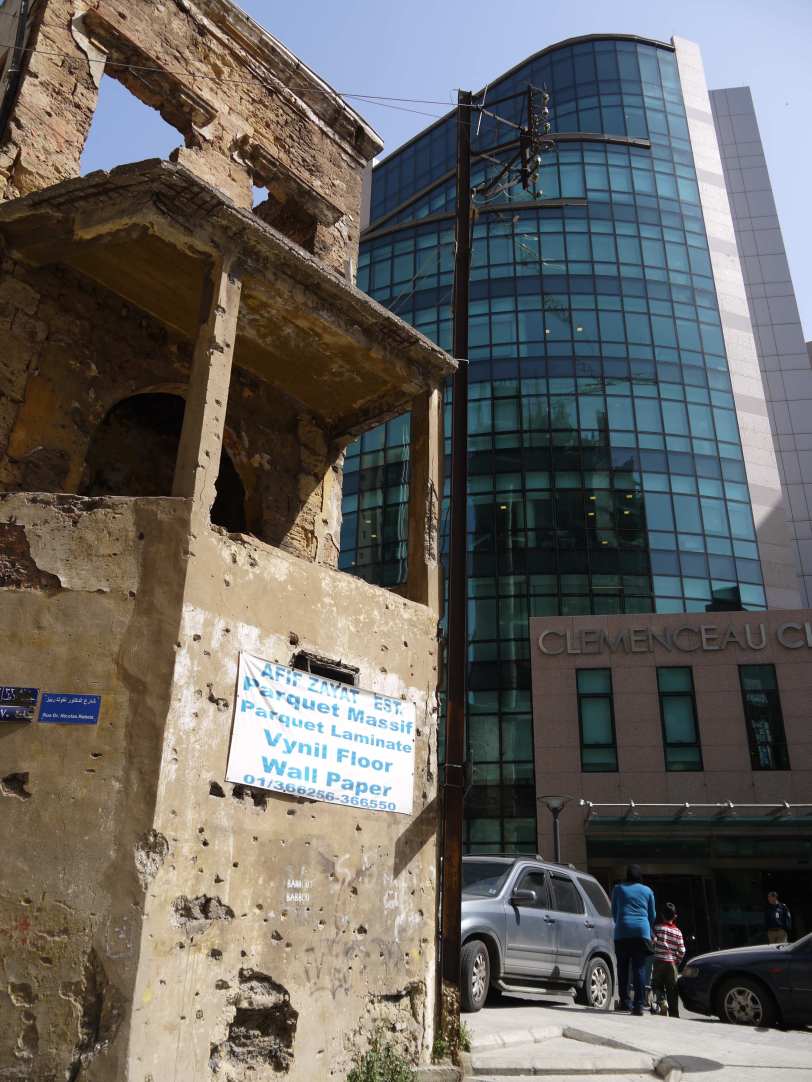